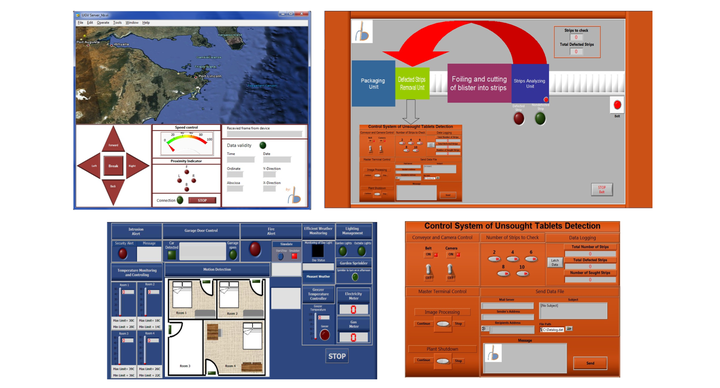 I developed multiple LabVIEW-based simulation projects online. The brief details of which are given below:

The simulation model demoed in this project is believed to be the skilled way to simulate the designed software of UGV Server. Two Virtual Intruments (VIs) run in parallel, the GUI of UGV Server and the other one simulates the behavior of UGV. Both the VIs communicate through TCP/IP communication protocols. Designed UGV Server VI can be employed for real-world GPS based hardware system monitoring and even for controlling. Snapshot of “UGV Server” can be seen below.

An efficient approach to simulate any industrial plant. Two VIs were designed for this simulation; one simulates the server and other simulates the plant, and they both were linked to each other through global communication functions.

The simulation environment is designed to imitate the electronic automated home. The system is designed in such a way that can be used with the real-world signals.