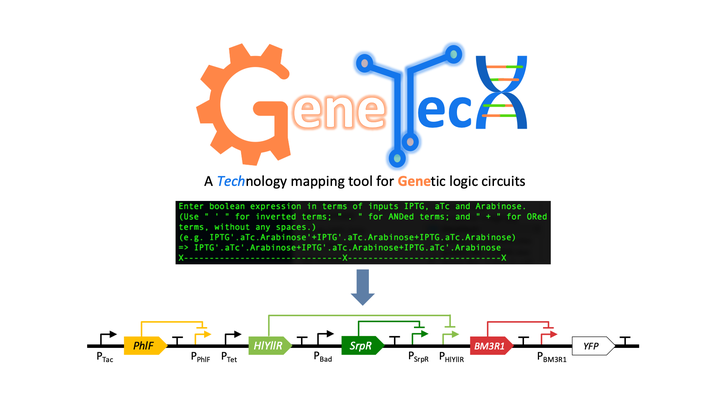 GeneTech (extracted from Genetic Technology mapping) is a tool which allows a user to generate genetic logic circuits only by specifying the logical function desired to be achieved in a living cell. It does not require a user (either biologist or a computer scientist) to learn any programming language.

The tool first performs logic optimization, followed by synthesis and technology mapping using a library of genetic logic gates. In the end, GeneTech performs technology mapping to generate all the feasible circuits, with different genetic gates, to achieve the desired logical behavior.

Note: This was the first release (v1.0) of GeneTech without having a GUI. Latest version is equipped with GUI.