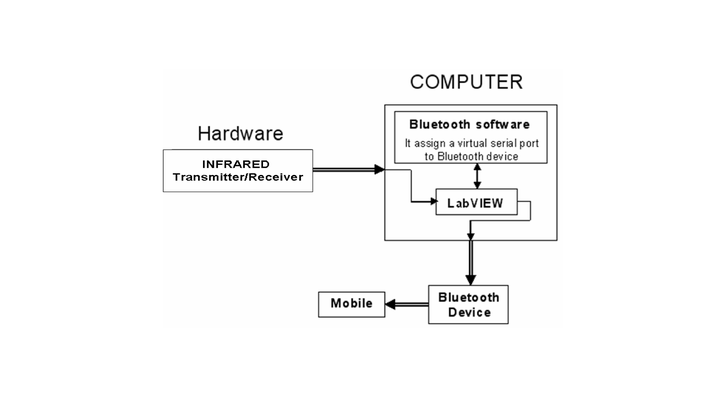 The cost effective security system which could be installed at possible entrances of homes, offices, highly secured places etc. The designed system informs the interruption by making a call to a user’s mobile phone. Thus, a user gets informed that someone has intrude and break into a secured area. Moreover, the system was intelligent enough to communicate with the user through an SMS i.e. the user can instruct the system to perform predefined tasks.

I was highly praised by my project advisor on this effort. I wrote a paper on it and it was an honored for me to became a first student (while in second year of engineering) of my batch whose research paper, GSM based Security System using LabVIEW, got published in the First International Conference on Computer, Control and Communication, Pakistan Naval Engineering College (PNEC) Karachi, November 12-13, 2007.